As a unique addition to ICCWS 2021, CCOVI Senior Oenologist Belinda Kemp worked with a group of Niagara winemakers to develop an innovative way to showcase the various styles of Ontario’s most widely planted white vinifera grape, Chardonnay, to conference delegates.

Based on a highly successful initiative that took place in New Zealand to highlight Riesling, the Great Chardo Swap will compare the wines made by six winemakers located east of the region’s Welland Canal with those made by six winemakers from the west side of the canal. The initiative seeks to highlight the impact of terroir and technique on the final wine made by each winemaker.

The initiative began in the summer of 2017. Since then, the Chardonnay grapes were pressed and the juice was distributed to the participating winemakers. Other than using the same closures and bottle type, the winemakers then made the wines according to their personal knowledge of the terroir of each of the sites.

As a complement to the ICCWS 2021 scientific programming, a grand tasting/reveal will be offered to conference delegates so they can evaluate the flavours associated with the two sites of these one-of-a-kind Chardonnays.

The initiative will also be featured at the i4C (International Cool Climate Chardonnay Celebration) during the “School of Cool” in 2021 (date TBD). Cases of the 12 wines will be auctioned-off and the proceeds will be donated to the Karl J. Kaiser Memorial Fund, to establish scholarships for students studying oenology and viticulture at Brock University.

The project has been made possible due to the kind donations of participant wineries. All of the fruit to make the Chardonnays has been kindly donated by Inniskillin Wines (East of the Welland Canal) and Thirty Bench Wine Makers (West of the Welland Canal). All bottles, closures are from Andrew Peller Limited and labels from Max Kaiser. 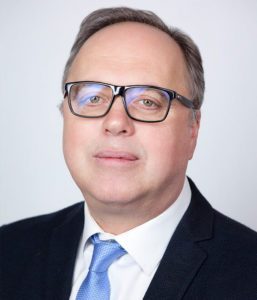 Stephen Ranger has been involved in the auction and fine art business for 28 years, and is Vice President and partner in Canada’s oldest and most prestigious auction house, Waddington’s. Among his many accomplishments is the establishment of the first commercial wine auctions in Canada in partnership with the LCBO, and a partnership with Sotheby’s Canada for the sale of Important Canadian Art, realizing sales over $100 million. In 2011, Stephen launched “Concrete Contemporary Auctions and Projects” creating the first dedicated sales focusing on the creation of a secondary market for important Canadian contemporary art. Social good is an important part of Stephen’s business philosophy. Each year he lends his expertise to over twenty-five non-profit and philanthropic organizations across Canada raising over $3 million annually in fundraising events.